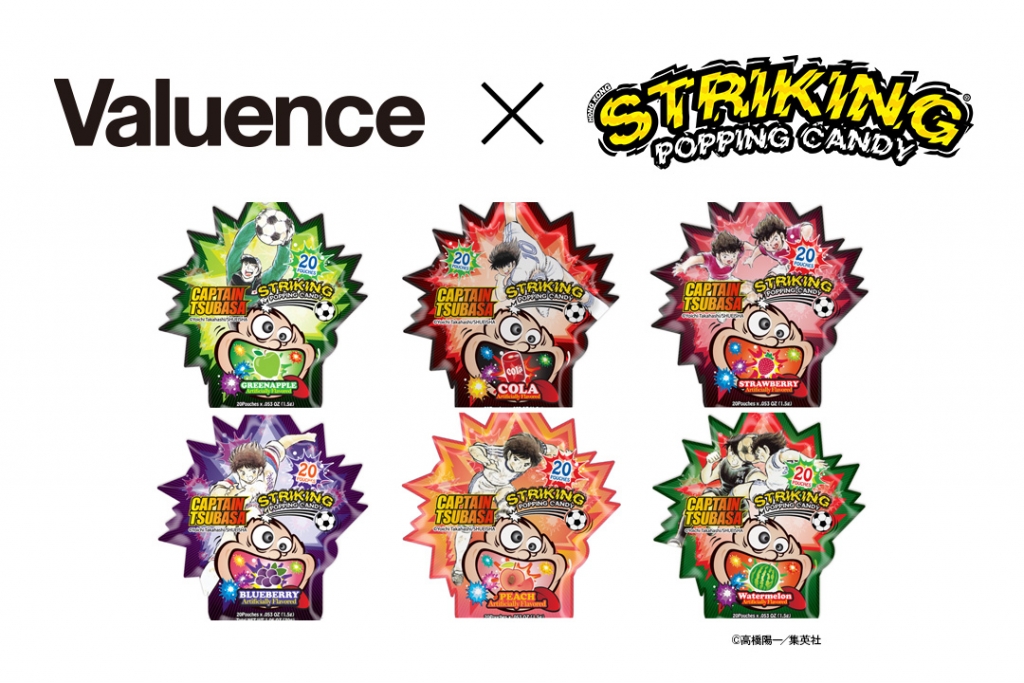 Valuence Japan Inc. (Tokyo; Susumu Muguruma, representative director and president) pursues the purpose of Circular Design for the Earth and Us, and encourages more people to focus on what is most important in their lives. The company has announced an alliance with Striking Popping Candy (Hong Kong; Cheng Sau Wah, representative director and president) for the use of Captain Tsubasa character intellectual property under the Valuence Japan IP business. The company announced the Hong Kong launch of a limited-edition Popping Candy using characters from the Captain Tsubasa manga series.

Valuence Japan parent company, Valuence Holdings, supports the goals and aspirations of Nankatsu SC, becoming an official partner of the football club in March 2021. The football club was formed to inspire dreams and hopes in children around Japan, and the club also aspires to become the first J-LEAGUE team from the Tokyo 23 Wards. In July of the same year, Valuence Holdings invested in Nankatsu SC to support the further growth of the team, its entry into the J-LEAGUE, and its promotion to J1. The investment was also intended to help each partner grow in terms of business. In August, Valuence CEO Shinsuke Sakimoto was appointed director of Nankatsu SC and has been involved in club management.
Valuence Japan and Nankatsu SC launched a new IP business to develop Captain Tsubasa products utilizing the domestic and international sales network of the Valuence Group. The companies are pursuing global IP business development by leveraging the resources of the Valuence Group and its locations around the world. Product sales and campaigns are expected to utilize the aforementioned IP in cooperation with various partner companies in Japan and other countries. These efforts are designed to expand recognition of Captain Tsubasa around the world, enhancing the value of the IP and characters. Proceeds from the sale and licensing of Captain Tsubasa IP will be returned to Nankatsu SC to stabilize the club’s management foundation further, as well as to encourage the development of players and support other measures to strengthen the club in preparation for its bid for J-LEAGUE status.

The partnership with Striking represents the first IP business endeavor in Hong Kong. The company’s Popping Candy will feature limited-edition package designs that include characters from the Captain Tsubasa manga series. Popping Candy is a popular product in 30 countries and regions in Asia. The candy comes in more than 15 flavors, used as snacks and a topping for ice cream, drinks, and desserts.
The product will be sold in Hong Kong, China, Macau, Japan, Korea, Malaysia, Vietnam, Thailand, the United States, Australia, New Zealand, Canada, Saudi Arabia, and Qatar. The collaboration with Captain Tsubasa, a character boasting popularity in each region, will enhance the visibility and awareness of the candy. 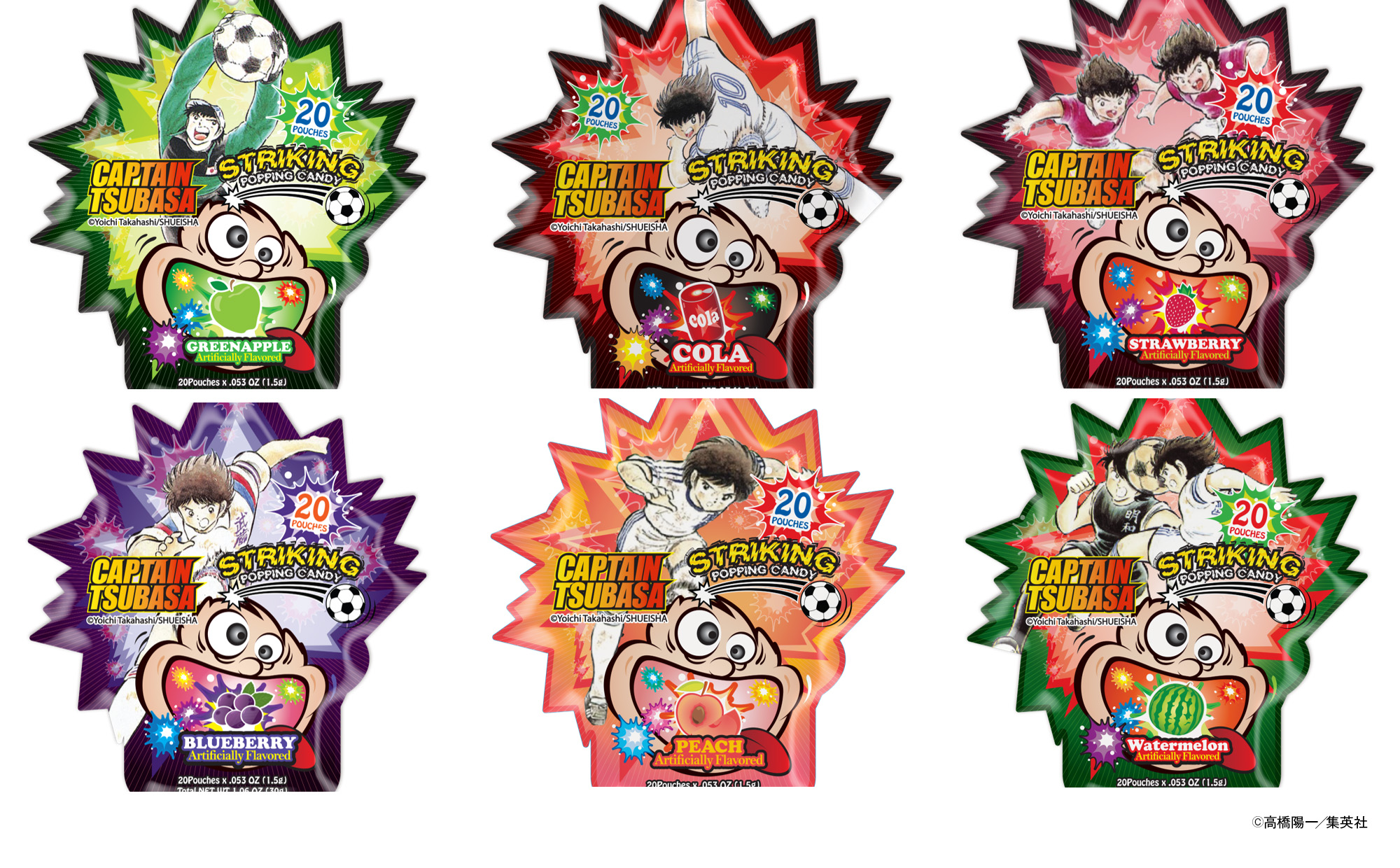 Valuence Japan will continue to create opportunities for fans around the world to experience Captain Tsubasa by expanding this IP business in Japan and overseas. New ideas and services will be developed to maximize and enhance the value of the character IP further. Valuence Japan will also strive to support the promotion of Nankatsu SC to the J-LEAGUE. With the Valuence Group serving as main partner, Nankatsu SC and Valuence will also strive for higher levels of business growth.