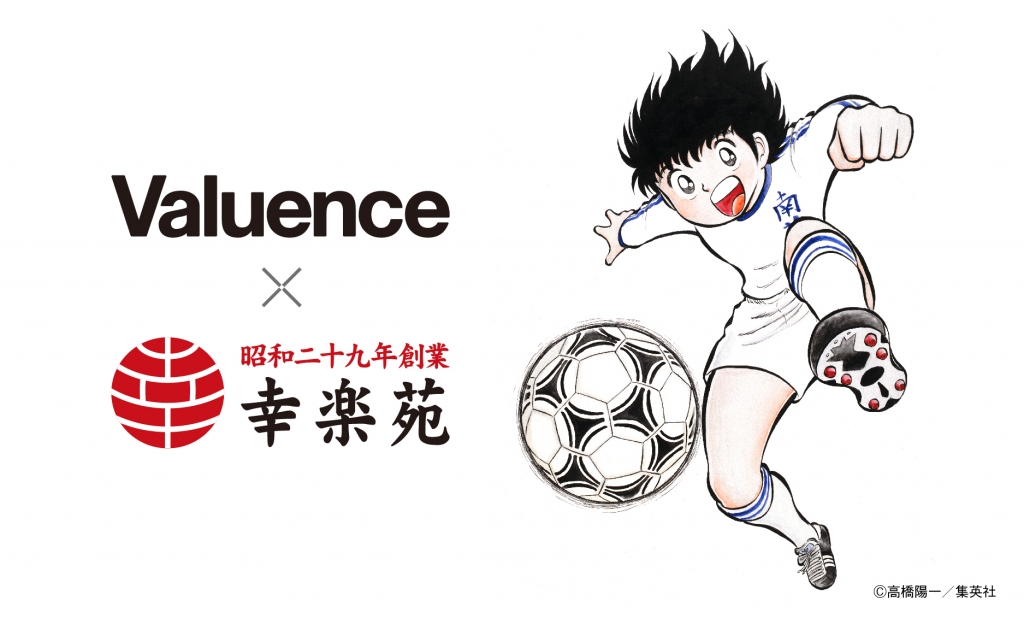 The Valuence Group offers life-changing value tailored to all stakeholders, encouraging every person in the world to live true to yourself. The Valuence Group (Valuence Holdings; Tokyo; Shinsuke Sakimoto, representative director) has announced that group company Valuence Japan Inc. (Tokyo; Representative Director and President: Susumu Muguruma) has launched a new business using Captain Tsubasa intellectual property.
As the first initiative in Japan, Valuence Japan is partnering with Kourakuen Holdings Corporation (Koriyama City, Fukushima Prefecture; Noboru Niida, president). The company will work with Kourakuen restaurantas, owned and operated by Kourakuen Holdings, in a comprehensive variety of initiatives, the first release of which is a Captain Tsubasa sticker present campaign, beginning September 1, 2022.

Valuence Japan parent company, Valuence Holdings, supports the goals and aspirations of Nankatsu SC, becoming an official partner of the football club in March 2021. The football club was formed to inspire dreams and hopes in children around Japan, and the club also aspires to become the first J-LEAGUE team from the Tokyo 23 Wards.
In July of the same year, Valuence Holdings invested in Nankatsu SC to support the further growth of the team, its entry into the J-LEAGUE, and its promotion to J1. The investment was also intended to help each partner grow in terms of business. In August, Valuence CEO Shinsuke Sakimoto was appointed director of Nankatsu SC and has been involved in club management.

With this latest announcement, Valuence Japan and Nankatsu SC have launched a new IP business to develop Captain Tsubasa products utilizing the domestic and international sales network of the Valuence Group.
Valuence Japan aims to pursue this global IP business by utilizing the resources of the Valuence Group, which has offices all over the world.
Product sales and campaigns are expected to utilize the aforementioned IP in cooperation with various partner companies in Japan and other countries. Through these activities, Valuence Japan intends to reach out to existing and new Captain Tsubasa fans around the world to expand awareness and enhance the value of the IP and characters.
Proceeds from the sale and licensing of Captain Tsubasa IP will be returned to Nankatsu SC to stabilize the club’s management foundation further, as well as to encourage the development of players and support other measures to strengthen the club in preparation for its bid for J-LEAGUE status.

Kourakuen entered into this partnership to help adults remember the emotions when reading Captain Tsubasa in their youth, as well as to foster the same passionate feelings in children today.

Valuence Japan will continue to create opportunities for fans around the world to experience Captain Tsubasa by expanding this IP business in Japan and overseas. New ideas and services will be developed to maximize and enhance the value of the character IP further.
Valuence Japan will also strive to support the promotion of Nankatsu SC to the J-LEAGUE. With the Valuence Group serving as main partner, Nankatsu SC and Valuence will also strive for higher levels of business growth. 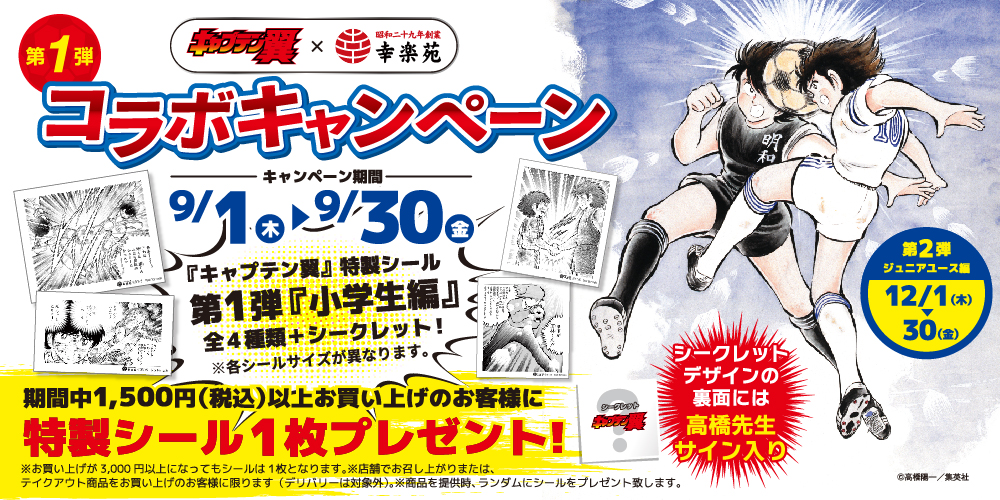